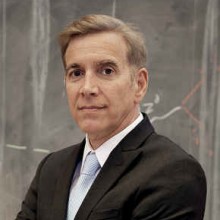 Incandela began his career working on the UA2 experiment at CERN to study the recently discovered W and Z bosons before searching for charged Higgs bosons. In 1991, he moved back to the US to work at Fermi National Accelerator Laboratory. There, he was part of the search for an elusive particle called the top quark -- thought to be as heavy as a gold atom but smaller than a proton. Incandela also co-led one part of the CDF (Collider Detector at Fermilab) discovery of the top quark. In 1995, CDF and another experiment -- DZero -- both announced evidence for this particle. This channel had the strongest contribution to the top quark discovery in 1995. Since 1997 he has been involved with the Large Hadron Collider at CERN, initially leading the construction of a large part of the tracking system for the Compact Muon Solenoid experiment.

In 2011 he was elected to be the spokesperson for the CMS experiment. On July 4, 2012, Incandela announced the discovery of the Higgs Boson. Incandela is a member of the National Academy of Sciences; a fellow of the American Physical Society and the American Association for the Advancement of Science. He received the 2013 Special Breakthrough Prize in Fundamental Physics as well as the 2013 European Physical Society High Energy Physics Prize. In 2016 he was selected as the UCSB Faculty Research Lecturer, the highest honor bestowed by the university faculty on one of its members.

Dr. Incandela received his B.S. and PhD (1986) in Physics at the University of Chicago.