Vice Chair
President’s Council of Advisors on Science and Technology 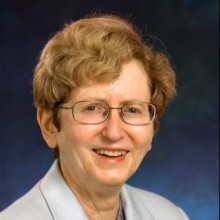 Dr. Maxine Savitz’s areas of expertise include energy efficiency research and development (R&D) and products in the transportation, industry, and buildings sectors; aerospace technology; and integration of R&D between laboratories and business units.

Dr. Savitz serves as Vice-Chair of the President’s Council of Advisors on Science and Technology. She is the former Deputy Assistant Secretary for Conservation, U.S. Department of Energy (DOE). She received the Outstanding Service Medal from the Department of Energy in 1981. Prior to her DOE service, she was program manager for Research Applied to National Needs at the National Science Foundation. Following her government service, Dr. Savitz served in executive positions in the private sector, including President of Lighting Research Institute, Assistant to the Vice President for Engineering at The Garrett Corporation, and General Manager of Allied Signal Ceramic Components. She retired from the position of General Manager for Technology Partnerships at Honeywell.

Dr. Savitz served two terms (2006–2014) as Vice President of the National Academy of Engineering. She was elected a Fellow to the American Academy of Arts and Sciences in 2013. She was appointed to the National Science Board in 1998–2004. She is a member of advisory bodies for Pacific Northwest National Laboratory and Sandia National Laboratory. She has been a member of the Secretary of Energy Advisory Board, the Laboratory Operations Board, and advisory committees at Oak Ridge National Laboratory. She serves on the board of directors of the American Council for an Energy-Efficient Economy and the Institute for Industrial Productivity. She has previously served on the board of directors of the Electric Power Research Institute, the Draper Laboratory, and the Energy Foundation.